Transnational project for enhanced flood forecasting along the Danube 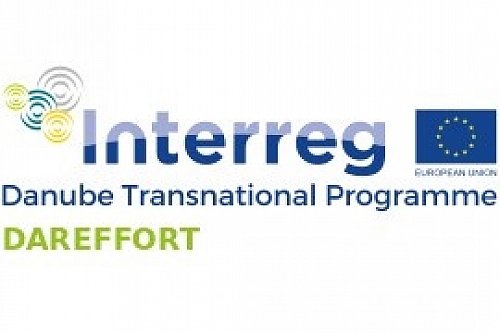 TRANSNATIONAL PROJECT FOR ENHANCED FLOOD FORECASTING ALONG THE DANUBE

DAREFFORT project held its first event in Budapest on 13-14th of September in 2018 which combined the public kick-off meeting and the first partner meeting with the so called “Data Providers Conference”. Welcome speeches were given by the Head-Director of the General Directorate of Water Management (OVF, Hungary), by the Ministry of Foreign Affairs and Trade (MFAT, Hungary) – which stands as the national coordinator of the EU Strategy for the Danube Region (EUSDR), by the representative of the International Commission for the Protection of the Danube River (ICPDR) and by a local user, the North-transdanubian Water Directorate (ÉDUVIZIG Győr, Hungary). They all shared their visions and expectations about the results.

EUSDPR (PA5) carried out a basin-wide survey where the operative needs of the regional and local water mangers were identified. The findings were summarized in „DR Oper&Cooper – Danube Region Operative Flood Management and Cooperation Programme” document in 2015. Danube Declaration (2016) welcomed and supported DR Oper&Cooper and endorsed the ICPDR Danube regiona Flood Risk Management Plan (DFRMP) to implement the foreseen measures where the identified measures of DR Oper&Cooper were higlighted as well. One of the most important and urgent claims was to enhance the forecasting capacities based on the harmonized observed data share. EUSDR PA5 Hungarian coordination (Ministry of Foreign Affairs and Trade) gave horizontal support in the past 2 years for the DAREFFORT project to come true. It was strong push and even on the Minister’s level the project was noted and promoted. In the 1st DTP call it had not receive funding but in the 2nd call it was accepted in 2018. PA5 assisted the development heavily.

The project accommodates the efforts to establish a standardised hydrological data share in the Danube Basin and provides the basis for the DanubeHIS system, maintained in the future by ICPDR. The project and the beneficial collaboration is a result of the EUSDR-ICPDR coordinated progress. Development is key, as forecasting accuracy at the river basin level is the most cost-effective non-structural but tangible method. From the point of view of flood protection, it is important to get immediate, online and structured access to forecasts for the river basin area of the Danube River for immediate intervention.

The demand for more accurate flood forecasting has increased, as extreme water levels has become more and more frequent in the past two decades. A synchronized system could improve flood protection and the information system for navigation as well as give time advantage in case of emergency – said István Láng, general director of the Hungarian General Directorate of Water Management at the event, where 54 active participants presented 10 countries and 4 international organizations. Intensive discussion has been evolved and beyond data specific conclusions, the data providers and the partners draw up already potential developments of the Danube Basin forecasting. The project seems a triggering initiative for the benefit of the whole region.