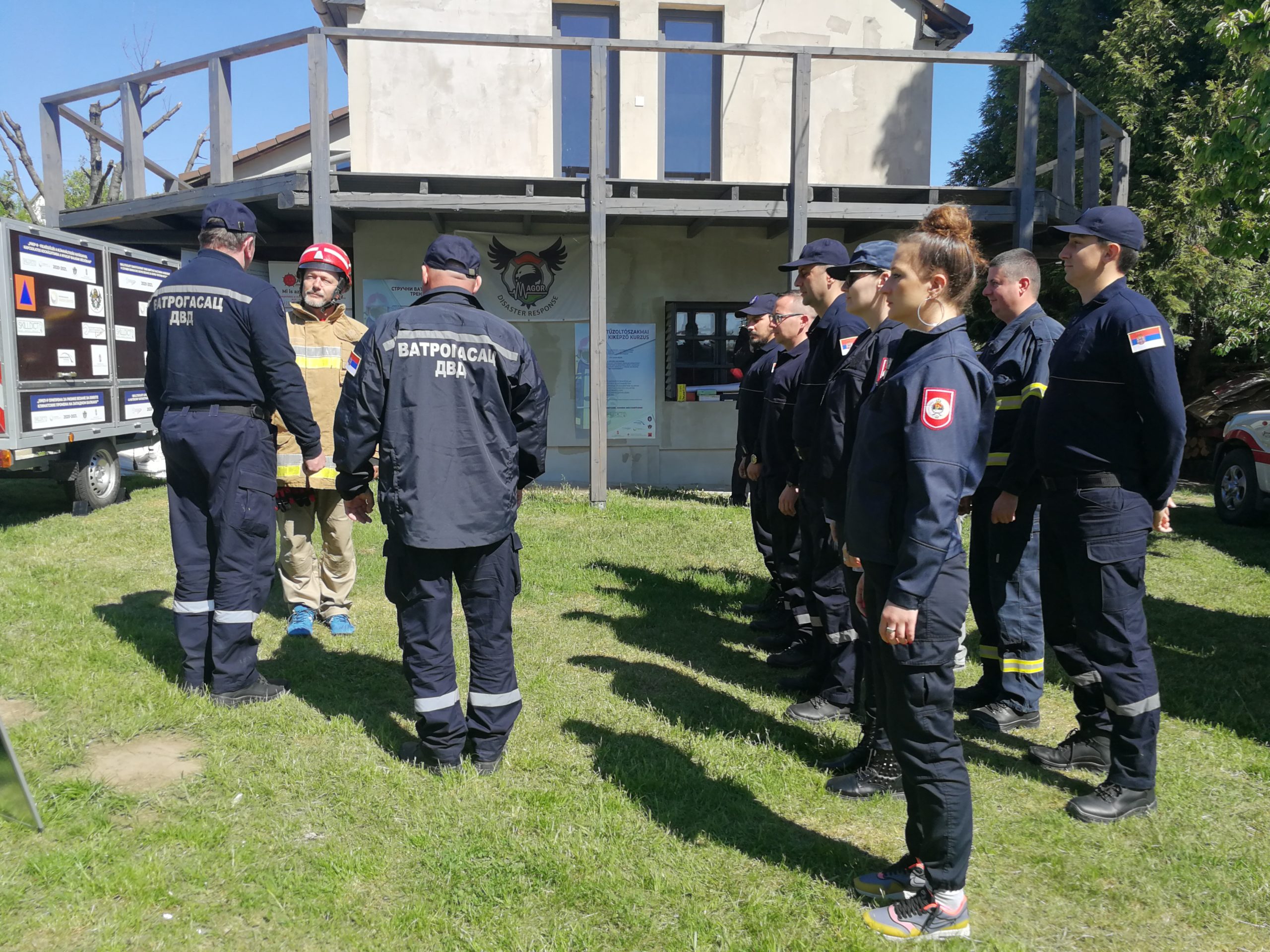 The PREP-R project’s Training of Trainers event took place between 7-9 May 2021 in Kőröshegy, at the Youth and Training Centre of the Budapest Firefighters’ Association. Serbian and Bosnian firefighters prepared jointly for the risks of climate change with the help of Hungarian volunteers and professional firefighters.

The focus of the PREP-R project (Preparedness for climate change related risks in Western Balkan region) is to promote climate adaptation activities in the Western Balkans. The implementation of the project is coordinated by SkillDict Adaptive e-Learning & Software Solution a company with a distance learning platform development profile, in cooperation with the Budapest Firefighters’ Association, with the aim of assisting firefighter organisations both from Serbia and Republika Srpska in the creation of a sustainable training system.

The Environmental Risk Priority Area of the Danube Region Strategy played a key role during the project preparation and implementation phases and provided a Letter of Recommendation to support the project to win the tender. 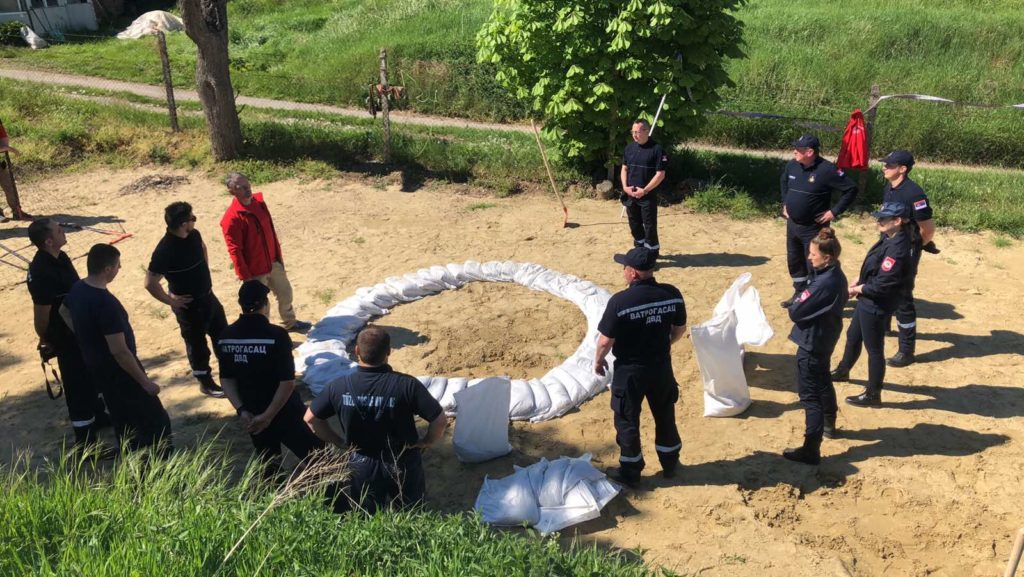 The training focused on the correct use of the equipment of the two trailers filled with training tools purchased as part of the project. The five trainers of the Budapest Firefighters’ Association and its member organization, MAGOR NGO Association for Disaster Response, passed on the most important knowledge to the firefighters. Prior to the on-site training, the aim was to master the e-learning curriculum developed within the project. Building on the mostly theoretical distance learning, participants were able to acquire the basic knowledge of sandbagging in case of flood, the use of tools, and first aid at the scene of an incident. The trained firefighters also learned how to pass on the acquired knowledge to their own brigade at home.

During the three-day event, the participants also had the opportunity to visit the BM HEROS Ltd.’s plant at Kaposvár. The company also manufactures fire-fighting vehicles, so it was particularly interesting for the Southern colleagues. 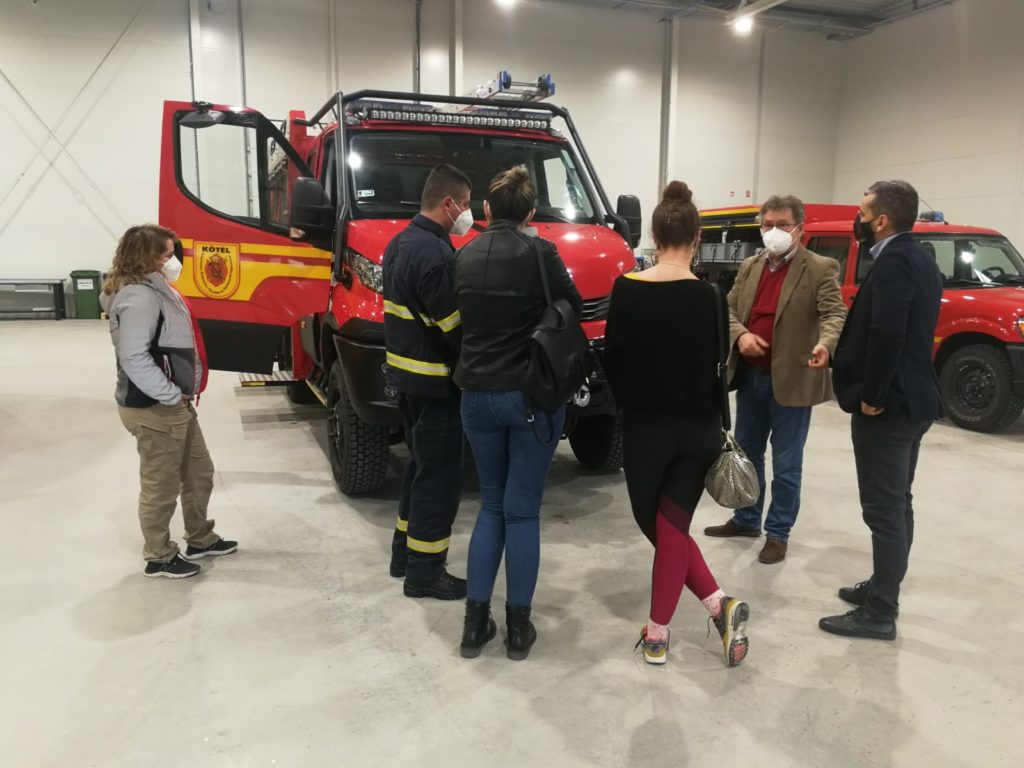 At the closing ceremony of the three-day training event alongside the national representatives Milan Novitović, director of the Republika Srpska Civil Protection Administration, Zvonko Rakić, Commander-in-Chief of the Serbian Firefighters’ Association and Siniša Šavija, President of the Firefighters Association of Vojvodina also participated. Viktor Oroszi (Ministry of Foreign Trade and Affairs of Hungary), National Coordinator of the Danube Region Strategy said that cooperation with the Western Balkan countries is a priority for both the Danube Region Strategy and Hungary. Gyöngyvér Vitéz, Managing Director of SkillDict emphasized that the e-learning material, the training of trainers, and trainer trailers complement each other very well, thus providing an opportunity to implement sustainable training.

SkillDict handed over the equipped trailers for use to the Serbian and Bosnian-Serbian firefighters. Zsolt Kelemen, president of the Budapest Firefighters’ Association, called attention to the importance of mutual assistance in his speech and later on closed the Training of Trainers event.