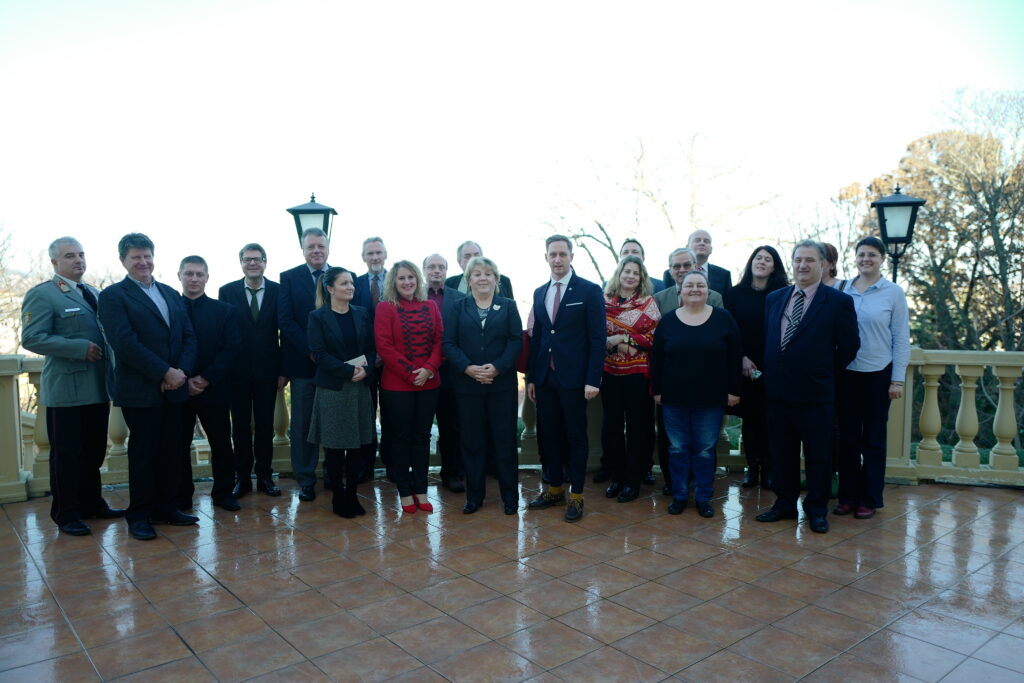 Photo of the participants of the 16th Steering Group meeting of EUSDR PA5  (Budapest, 17-18th December 2019)

Steering Group (SG) members also support the PACs in reporting and evaluation of the EUSDR – they identify progress related to the improvements of the actions and projects and achievement of targets. They also regularly provide information/reports on their work to their state’s NC and the line ministers responsible for PA issues, ensuring a permanent communication flow at the political and operational levels of the Strategy

SG members are appointed and recalled in written form by their government and should have sufficient capability, mandate, and resources to fulfill their tasks for the Strategy. The PACs update the incumbent Presidency as soon as changes occur.

Members of the SG are appointed by the 14 Member and the Non‐Member States through the National Contact Points. Each State is entitled to delegate a maximum of two members (one member and one substitute member) in the SG. A state can opt not to delegate any member to the SG. PACs are also considered members.

Non-ministerial / governmental key implementers and others may also attend the SG meetings as observers upon invitation. Non-ministerial key implementers make significant contributions acting also as a link to other networks, such as international organizations (e.g. WTO, ICPDR, Carpathian Convention), NGOs, trade unions, chambers of commerce, universities, and local authorities, thus helping to bring the Strategy “closer to the people”.

The list of the Steering Group Members of the Priority Area 5 can be reached here.