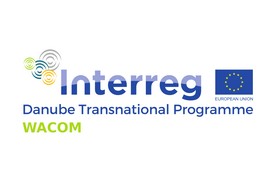 The key challenge of the WACOM, project has been lack of coordinated response to emergencies in case of accidental pollution and floods on transboundary watercourses in the Sava River Basin. Recent events of floods (2014) in SRB and accidental pollution on Spreča River (2018) proved the high necessity for effective response, which is supported by the Framework Agreement on the Sava River Basin signed and ratified by Bosnia and Herzegovina, Croatia, Serbia and Slovenia and related protocols i.e. Protocol on flood protection- in force since 2015, Protocol on water pollution caused by navigation- in force since 2017 and the Protocol on emergency situation- final harmonization is expected. The main objective of the WACOM project is the reduction of environmental risks related to accidental pollution and floods, especially with potential transboundary impact by improved cooperation of key actors and jointly developed common operational system for activating the accident management protocols within the Sava River Basin.

The main result of the WACOM project is reduced risks induced by the accidental pollution and floods of transnational dimension by strengthening the transnational and trans-sectorial
cooperation among institutions, especially governmental institutions (responsible for water and flood management and the civil protection) managing the flood and accidental pollution
preparedness and response stage.

The final conference of the WACOM project is going to be held on the 15th November, 2022. The agenda can be found here: WACOM-Final conference-Invitation.