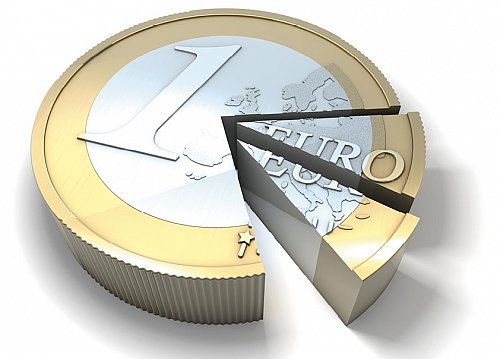 On 2 May, the European Commission unveiled the Multiannual Financial Framework (MFF) for the EU’s long-term budget for 2021-2027.

A moderate increase of EU funds and a ceiling of €1.3 trillion is proposed in its blueprint for the next budgetary period – the first after the UK’s departure from the bloc in March 2019 –, the latter being equivalent to around 1.14% of the EU’s gross national income.

The settlement reflects a compromise between the European Parliament’s demand to increase the EU expenditure to 1.3% to deal with new challenges, and the Netherlands, Sweden, Denmark and Austria´s opposition to any increase.

One of the main demands voiced by the Parliament will also be met by increasing the Union’s own resources with new taxes and instruments, while Commission confirmed that national contributions, based on their GNI, should not be over 70%. New taxes and instruments are proposed to raise up to €22 billion (around 12% of the total expenditure) to reduce the dependence on member states’ contributions.

There are plenty of other novelties introduced by the Commission, one of which represents the biggest change: budgetary lines were reduced from 58 to 37 in an effort to have more flexibility in expenditure management.  The structure of the budget will be clearer and more closely aligned with priorities. The Commission proposes to reduce the number of programmes by more than a third, for example by bringing fragmented funding sources together into new integrated programmes and radically streamlining the use of financial instruments. The new budget will invests in areas where the Union can offer real European added value to public spending at national level. Pooling resources can achieve results that Member States acting alone cannot (i.e. cutting edge research projects, empowering young people and small businesses).The Commission proposes to drastically reduce the administrative burden for beneficiaries and managing authorities. It will facilitate participation in EU programmes and accelerate implementation. The proposal will make it easier for different programmes and instruments to work together to boost the impact of the EU budget. In addition, the Commission will propose to simplify and streamline State aid rules to make it easier to link up instruments from the EU budget with national funding.

Funds spent on EU policies will be €1.24 trillion, more than €220 billion higher compared to the previous period’s MFF. Cohesion policy suffered the biggest cut of 7% to €442.4 billion, followed by the Common Agricultural Policy, which will decrease by 5% to €378.9 billion, including a 4% cut in direct payments to farmers. On the opposite side, Erasmus + (€30 billion) will double its funds, in line with the Innovation and Research expenditure increasing by 50%, with €100 billion for flagship programmes of the Horizon and Euratom. Security will be also bolstered and a new Defence Fund will be set up.

The Commission is proposing to modernise and strengthen Cohesion Policy and strengthen the link between the EU budget and the European Semester of economic policy coordination, which takes regional specificities into account. The Commission will propose dedicated investment-related guidance alongside the annual Country-Specific Recommendations, both ahead of the programming process and at mid-term to provide a clear roadmap for investment in reforms that hold the key to a prosperous future. The relative per capita gross domestic product will remain the predominant criterion for the allocation of funds – as the main objective of Cohesion Policy is and will remain to help Member States and regions lagging economically or structurally behind to catch up with the rest of the EU – while other factors such as unemployment (notably youth unemployment), climate change and the reception/integration of migrants will also be taken into account. The Commission also proposes toincrease national co-financing rates to better reflect today’s economic realities. This will have the benefit of increasing ownership at national level, sustaining larger investment volumes and improving their quality. Due consideration will be given to the specificities of the outermost regions and sparsely populated areas. The new legal framework will also allow for more efficient links with other EU programmes. For example, Member States will be able to transfer some of their allocated funds to the InvestEU fund, in order to have access to the guarantee provided by the EU budget. They will also be able to fund “Seal of Excellence” projects identified by the Horizon Europe programme as internationally excellent projects in their regions. This will help ensure that investment in infrastructure is well-coordinated with other EU investment in crucial areas such as research and innovation, digital networks, decarbonisation, social infrastructures and skills.

The Commission wants to have an agreement finalised by the European elections in May 2019, which requires member states will to reach an unanimous position on their contributions to the EU budget and the distribution of funds, and a compromise with the Parliament must be reached as well.

All relevant documents published by the Commission are available via the following link.